Cherie Booth, wife of the Prime Minister of the time, seemed to slip through a gap in the panelling inside 10, Downing Street. There she stood in the corner of one of the two linked rooms, one at right angles to the other, where the reception party was being held. Immediately a host of women Victim Support workers encircled Cherie Booth, Queen's Councellor, and I decided to look for the main man; her hubby. Turning left, moving along the inside corner of the right angle between the knocked-through rooms, I find myself on collision course with the Home Secretary, being led by his guide-dog, Lucy. Employed as I was at the time as Head of Restorative Justice, tasked to raise the national profile and valuing of the work whilst supporting the development of Best Practice, an opportunity to talk to David Blunkett, Home Secretary, would be invaluable. On this occasion, though, it was time to side-step him to get to Tony.

Tony was heading for my right-hand side, the point between the two rooms where a good field of view of both rooms could be attained. Then the prime minister did something surreal, or was the whole evening just surreal?

Mr Blair reached behind a chair and pulled out a soap box and a gavel. Stepping up on the soap box   and hitting the gavel somewhere, the two rooms fell silent and everyone apart from the PM, his bodyguard and me were standing in one room or the other, awaiting his words. Only the three of us stood on the cusp of the two rooms; myself underneath the joist opposite Tony Blair and opposite the man with the gun under the jacket on top of a well-disciplined chest. I met the bodyguard's eyes and I knew that in his mind I was marked down as the number one threat to the Prime Minister at that time. The tension between him and I lasted throughout Mr Blair's speech and then, as he came down from his soap box, I made my move.

I'd prepared what to do for some time; ever since I'd received the invitation, which, in how it had been drawn up, was made out to look like a personal invitation from Tony to be personally thanked for my work on behalf of the victims of crime. Even though I'd planned something it also would take a big element of 'winging it' to actually bring it off. Such was the way in which I got round security on that day. Of course there had been a metal detector in a portacabin that all us guests to the event were led into once we'd come through the small entrance next to the grand gates which Margaret Thatcher had erected to keep protesters out. The trick of getting round security was simply to go through all the rigmarole in the cabin, come out the other side and ask to go and collect my fiancée's camera that she was offering to me through the gates. Thus I walked back to the gates on the road, she passed the chunky camera to me through the bars, I passed it onto another of the guests and click, my photo was taken outside the door of No 10. Vain, moi? “Vanity of vanities, all is vanity”. (Ecclesiastes 1). Then I simply went back to the gate and passed the camera back to my fiancée.

Entering No 10, I was ushered up the staircase with the portraits of all the previous prime ministers hanging above, looking down on me, and Winston Churchill making his presence felt more than so many of the others, even Clement Atlee. Clement Atlee was the PM when India was given independence in 1947. But in this year, 2004, what was India to me? The homeland of the ideal man, the historical Buddha, yes, but nowhere I was planning to go. Can India be called the ideal man's homeland,or does the ideal man have no homeland or attachments of any sort? Discuss.

So I'm upstairs in 10 Downing Street with no-one between me and the Prime Minister; only a bodyguard to one side. The distance is 12 foot at the most, the same distance I'd been from the Pope so many years before, and with this strange voice in my head imagining shooting him. It doesn't happen with all the rich and famous. I remember when Sarah & I were rowing a boat up the Thames and going past the extensive grounds of Windsor Castle. There on the bank, sitting on a horse, with just a lady-in-waiting on a horse beside her was her majesty the Queen of England. This was in 1990, eighteen months before her 'Annus Horribilis' began. No thoughts of shooting then; not even a photograph. Just another moment for the catalogue of brushes with fame and infamy; like the time Robbie Williams nearly ran me over in his Bentley in St John's Wood. If I get all the name-dropping over and done with mow, perhaps I can get on with the meat and two veg of the autobiography before long? So there I was at a singing session, accompanied by a white woman who'd sang after Lou Reed's “And all the coloured girls say”, “Doop de doop, doop, doop de doop” on “Take a Walk on the Wildside”. Beat that for an obscure claim to fame!

The real preparation for the meeting with the prime minister had been done with someone who in my world of wanting new understandings and crime-preventing actions in the wake of a crime, is called 'the grandfather'. The grandfather of Restorative Justice, in his 1990 book “Changing Lenses: A New Focus for Crime and Justice”, produced the following summary:
“The criminal justice system asks: What law was broken? Who broke it? What punishment is deserved? Restorative justice asks: What harm has been done and to whom? What needs to be done to repair the harm? Who s responsible for repairing the harm?”

Now, in 2004, I'd heard Howard Zehr open the Winchester Restorative Justice Conference with a talk that stressed three values that are intrinsic to working restoratively: respect, humility and awe.
The reference to awe here is the amazement in the human spirit when humans get the opportunity to re-humanise those who they have previously feared or held in their minds as enemies.

I joked afterwards with Howard whether in my anticipated 30 seconds Mano-a-mano with Tony Blair, I would be able to convey the spirit of respect, humility and awe, or whether the only awe familiar to Blair was that infamous “Shock & Awe” he was instigating in Iraq with his buddy, George W Bush? News had just come out that week of UK involvement in torture of Iraqi prisoners at  Abu Ghraib prison; accounts of physical, psychological, and sexual abuse, including torture, rape, sodomy, and homicide of prisoners held in the Abu Ghraib prison in Iraq (also known as Baghdad Correctional Facility). I wanted to have words with Tony about this, but what was the best I could do, and do in the spirit of Restorative Justice in 30 seconds? Though I wasn't the epitomy of restorative justice practice on that eveingin in 10 Downing Street, I stuck to my guns and delivered what I had prepared.

“Thank you, Tony, for all you've done for the empowerment of victims int eh UK.”. My subtext that there was much to be done both for victims of his outside the UK and for the empowerment of offenders in the UK was, I strongly suspect, too subtle to get the prime minister thinking. The Prime Minister's reply to me was, for me, a lesson on statesmanship. Whereas I had hitherto usually replied to thanks with a default “Not at all”, Mr Blair knew how to be gracious: “My pleasure”, he said, and walked out of the reception party to another part of his house-cum-home-cum-HQ.

Two other extracts available here:
The book will be published in 2011 and is available for £20; or £10 if you order the version for Amazon Kindle.
Please place pre-orders via the Mediation Support Ltd contact form.

Email ThisBlogThis!Share to TwitterShare to FacebookShare to Pinterest
Home
Subscribe to: Posts (Atom)
The Imperfect Idealist series of Books: 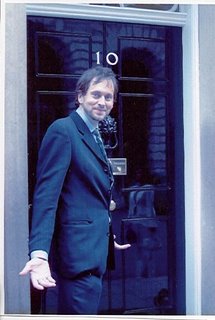 The companion website about my work and search for many more project colleagues is at http://additionalinfo.blogspot.com I hope to see you there too & that there's something fulfilling here or there that you want to join me in co-creating, With the best of friendliness, Paul

Create your badge
I've decided only to produce an Amazon Kindle version of "The Imperfect Idealist & 40 other Cases of Restorative Justice" in 2011; available on request. The challenge I'm up for here is whether Kindle owners will be open to non-Kindle owners asking to borrow a Kindle to read a book about building a more caring, sharing world around each of us: www.isharekindles.blogspot.com

What is the most valuable thing I have to give you?

1) My life? (which has mostly been plagiarism)
2) The life story by a Buddhist nun, already entitled "I give you my life"?
3) Most of Sangharakshita's writings (free on the www.sangharakshita.org website) and available on Amazon Kindles from www.freelender.org ?
4) the distillation of all I've been through on the meditation cushion, and off, into a smile made especially for you? 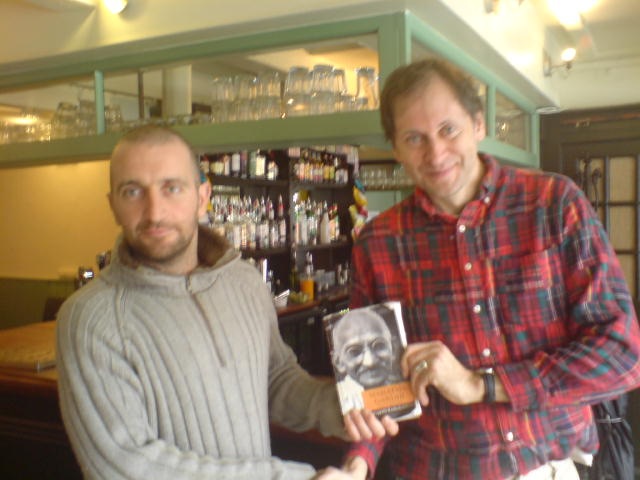 
1) Justice and communication between 'victims', óffenders' and the community'
2) Sharing i.e. moving on from "mass consumption", through "collaborative consumption"and on to "collaborative conservation"
3) Taking Responsibility in a Global context; particularly in relation to human rights eg in India
4) Cultivating kindness to self and other, whatever our respective histories.
5) Reviewing one's life and making corrections so that we are all able to live in our realistic dreams more fully.

Order your copy of "The Imperfect Idealist" now

Described by his defence barrister as "the most idealistic man I've ever met", Paul Crosland begins this autobiographical story aged 44, working as a charity fund-raiser, knocking door to door in London, in order to end the caste system in India. The plan is to publish The Imperfect Idealist in 2011 for a £20 cover price; or £10 if you order the version for Amazon Kindle. Please place pre-orders via the Mediation Support Ltd contact form. 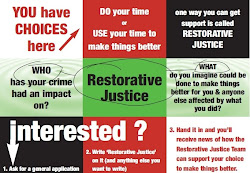 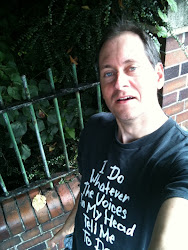 As the book is being edited at present, I welome offers from friends to read three chapters and a synopsis of the whole, then give me feedback.
Alternatively, just give feedback on the themes of this blog, by adding comments where you see fit.
All feedback is valued by me, though some, of course, is harder to receive. 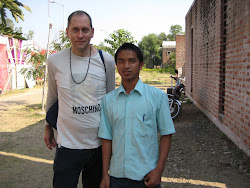 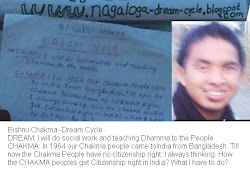 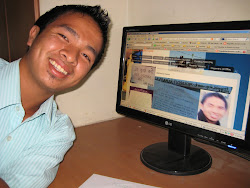 What is people's justice?